The aim of this paper is using Geographic Information System (GIS) and remote sensing data to evaluate the landslide susceptibility and zoning in the Son La hydroelectricity area by the Saaty's Analytical Hiearchy Process (AHP). Landslide locations were identified from interpretation of remote sensing data and field surveys. The topographic, geological, rainfall and land cover data were collected, processed and constructed into a spatial database by using GIS. The factors that influence landslide occurrence, such as slope, aspect and elevation, were calculated from the topographic database. Lithological type, weathering crust, fault and lineament density were extracted from the geological database. Land cover was classified from Landsat TM satellite image 20/9/2007. Average annual rainfall was constructed from the measured data at rainfall stations for many years.

The selected criteria were used to evaluate based on the analysis of landslide causes and standardized in accordance with logical combination between the probability of the actual landslide for each criterion and professional experience. After standardization, the attached weights for these criteria were calculated by Saaty method. Landslide Susceptibility Index (LSI) was calculated on GIS by totaling the rating component of the criteria as a basis for landslide susceptibility and zoning mapping to study area. This is the first time, landslide susceptibility mapping and zoning were built for Son La hydroelectricity area. The research results were based on quantitative indexes taking into weights of the evaluative criteria, in addition, the restricted level have been applied to evaluative result to eliminate the value of integrated assessment in the areas with slope less than 50 or karstic area, where the landslide rarely or hardly occur in theory. 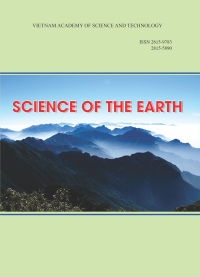