The Halong Bay geological wonder was estimated by four criteria. The first criterion on geological diversity consists of the items such as material formations of lithology, minerals and fossils; geological tectonics, structures and evolution, geological environment; landform-geomorphology; and natural landscape. The second on unique, unusualness and grandiosity was measured by items of special periods of paleography; tropical Karstic process on the dissimilar basement of carbonate lithology and tectonic uplift; special role of sea for the Karstic process; grandiose space of sea-islands, and large scale of Karst. The third on aesthetics was estimated by the beauty generated from geological objects, island topography, colorful world, and from biota. The last on anticipative values related closely to geological characters included potentials of biodiversity, economy, culture, and defense. This paper contributed to establishing the method for estimation of a geological wonder and knowledge of the outstanding values of Halong Bay which has just voted as one of Global New7Wonders of Nature on 11th November 2011 and can be used as an instruction for geological tourism in the Bay. 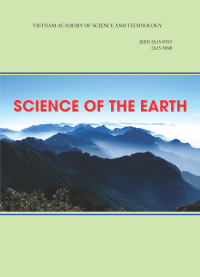