Twenty two Paecilomyces lilacinus strains were isolated from forest soils and black pepper rhizospheres in Ba Ria –Vung Tau Province. The ability to degrade chitin of PB 3.3, PB 2.9, QT2, and QT5 strains was high. The ability to degrade casein of PB 1.3, PB 2.10, KL5, and KL6 strains was efficient. And then, these strains were parasitized females and egg masses of Meloidogyne spp. in vitro. In female parasitism test, the rates of parasitizing female nematodes reached more than 50 % after treating for 2 days. Four strains of PB 2.10, PB 1.3, KL6 and QT5 belonged to the first group achieved the highest parasitic (> 90 %) effects on female after 3 days of incubation. In egg masses parasitism test, three strains of PB 1.3, PB 2.10 and QT5 exhibited 83.33 %, 75 % and 75 % parasitism on egg masses after 11 days of incubation. The rates of parasitizing female were higher than egg masses. Three selected strains from the experiments were PB 1.3, PB 2.10 and QT5. 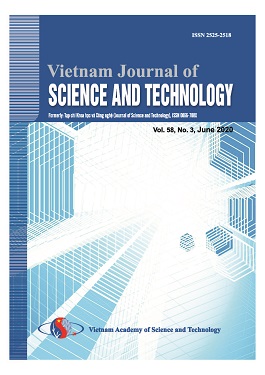